We are a Parkinson’s Scientifically Based Nutrition Clinic

Then you are going to love Parkinson’s Scientifically Based Nutrition Clinic. 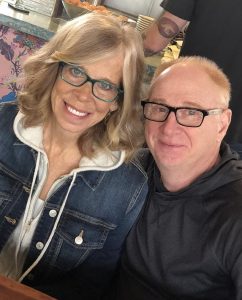 I’ve been a practicing holistic doctor for nearly 30 years.  There’s not a lot out there that isn’t “been there, done that” for me, until I studied Dr. Marty Hinz’s scientific evidence based research for stopping symptoms and disease progression of Parkinson’s disease.

Dr. Marty Hinz, M.D. has developed (through documented scientific research*) the only scientifically nutrition based protocol clinically proven to eliminate all symptoms of Parkinson’s and stop the progression of the disease.

I started using Dr. Hinz’s protocols in my practice 11 years ago to successfully get adults and children off SSRI’s and ADHD meds.  When Dr. Hinz discovered the remarkable benefits of the same nutrition used for Parkinson’s, I read about it in his research updates.  Even though I knew Dr. Hinz was supposedly helping people with Parkinson’s –I still couldn’t get my head around the same protocols I was using for depression/anxiety and ADHD could possibly help Parkinson’s.

It was only after my sister was diagnosed with Parkinson’s that I seriously thought I needed to learn more–and even then I came with a great deal of skepticism.  I don’t know anyone else who claims to actually put Parkinson’s in remission.

We started my sister on the amino acid therapy in April 2013.  Dr. Hinz asked for 6 months for him to get it balanced so that all the symptoms were gone and the progression of the Parkinson’s slowed.  By the end of June 2013, her hand/arm tremor, leg tremor and bladder control issues were no longer visible or noticeable.  She still had some very slight tremor at the end of a long stressful day.

I also have a 24 year old son who has had hand tremors since he was little.  He is currently in med school and we started him on the Parkinson’s protocol (according to Mayo Clinic 90% of tremors are just early onset Parkinson’s)  His tremors have decreased so that they are no longer noticeable and most of the time they are nonexistent.

WOW!!  Dr. Hinz was serious.  I think he is a genius who deserves the Nobel Prize for his advancements in scientifically based nutrition for Parkinson’s.

Dr. Hinz has been pioneering this testing and scientifically based nutrition therapy for Parkinson’s for years now.  At this point, there are clinics all over the U.S. who are using his testing and amino acid protocols.  He has gotten so good at his procedures that in many cases symptoms can be very well controlled and in some cases eliminated in as little as 3 months. (some cases can still take 6 months to one year)

My husband, Dr. Ron Cargioli and I have become so passionate about amino acid therapy for Parkinson’s that we decided to open an online clinic to help people suffering from Parkinson’s.

Although, Dr. Hinz’s protocols are all natural and nutrition based, this amino acid therapy requires Dr. supervision to obtain optimal results.

If you are suffering from Parkinson’s, you can start this therapy today and begin your journey to new life with the only scientifically nutrition based protocol clinically proven to control the symptoms of Parkinson’s disease.

You must make a one year commitment to this therapy. Find out more about pricing.

When you haven’t seen it done–it is hard to imagine it can be done.  I came with my own disbelief and skepticism but Dr. Hinz’s testing and nutritional protocols for amino acid therapy gets amazing, unbelievable results.  It is the real deal.  I am so grateful my son will never be diagnosed with Parkinson’s and he no longer has to live with tremors thanks to this discovery.

I was devastated when my sister was diagnosed–now we are giggling every day because she is healing.